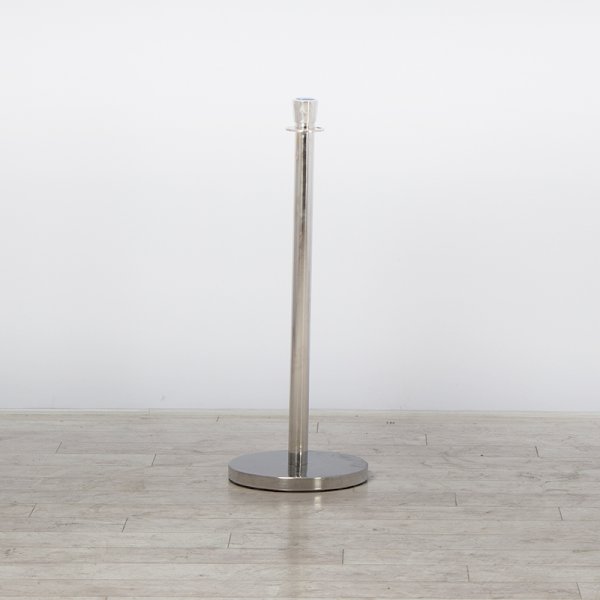 For ultimate glitz and glamour at your event, you can install our rope barrier post, as this lets you define VIP areas, create stylish introduction to venues, and cordon off special exhibits or products. Combine with our red ropes for a really luxurious look great for those premium events, like award shows and red carpet events.

Although the link between hot air balloons and crowd control barriers might not seem obvious, it’s believed that one helped invent the other. These days it’s very common to see many different kinds of barriers to assist crowd management. Our furniture hire London warehouses are stocked with a variety of products whose invention can be traced back to the 1800s.

What do barriers and balloons have in common?

In the 1860s, lots of people in France would have heard of Nadar - in fact his name is still in use today in relation to crowd control barriers. But in the 19th Century, he was very well known for being a talented photographer, caricaturist and writer. As well as being involved in the arts via these careers, he also had a love of ballooning, and took to the skies several times in the aptly named Le Geant - which translates as the Giant.

Nadar still on the radar

During the early part of the 1860s, Nadar decided to visit Brussels - from the air! In order to make sure spectators stayed out of the path of the descending balloon, the photographer set up some barriers, coining the term Nadar Barriers, which is still used in Dutch and French Belgian. Soon after this, more and more crowd control measures were used at larger events, for the same reasons they’re used today, including defining areas for waiting/standing and to show clear routes of exit and entry.

In the 20th Century, crowd management products were  increasingly made from metal, rather than wood. The wooden variety were produced in greater numbers in the mid to late 1900s, and around 1951, interlocking steel barriers hit the market and demand rose for those made from stronger materials. In the 1960s and into the 1980s, barriers started to become a more common site in different locations, from the Olympic Games, to Airports and at Concerts too.

Barriers for any size events

Designs also changed to suit both large and small venues, and stretch barriers were unique in that they could be used in locations of any size. Our range of posts are this versatile, with some being installed at huge sporting events, while other clients have chosen to hire a small selection for exclusive nightclub events for example. Our rope barriers look very glamorous, and because of this, they’re often a top choice for those red carpet events, or when you want to add some glitz to your venue.

Get your venue red carpet ready

As a crowd control product, they can define those areas where guests can stand, or where they should queue. The rope clips smoothly and quickly on to the post, so when they’re used for entry/exits, they can be connected/disconnected in seconds. We have many of these in stock, so they’re perfect for those large events, including televised shows, red carpet parties, nightclubs, and private parties. As well as defining where guests can go, these barriers also highlight areas where visitors should refrain from walking or standing. This is very useful during exhibitions, or in galleries and museums where you’d like to cordon off exhibits.

An important part of our rope barrier’s appeal, is that is has a very up-market look. This is because of the rich red rope, combined with our chrome post. These add a celebrity and VIP look to any occasion and can be matched with lots of other products from our range to up the glamour factor at your event. For example, they look great twinned with our chrome poseur tables and range of stools. Installed around a red carpet they allow you to create spectacular entrances for all your guests at any event - even those involving hot air balloons.

I’d like to order ropes with these - are they easy to set up?

Very! When you choose our red ropes they simply clip on to our posts in seconds. If you’re short on time, simply let us know and we can get our transport team to install all the furniture hire London items you’ve hired from us.

I like the elegant look of these posts - are they sturdy enough?

Yes. These posts are the perfect balance between elegance and quality, with sturdy bases that you can rely on. 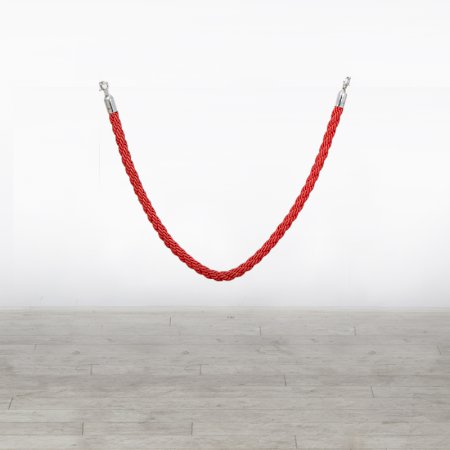