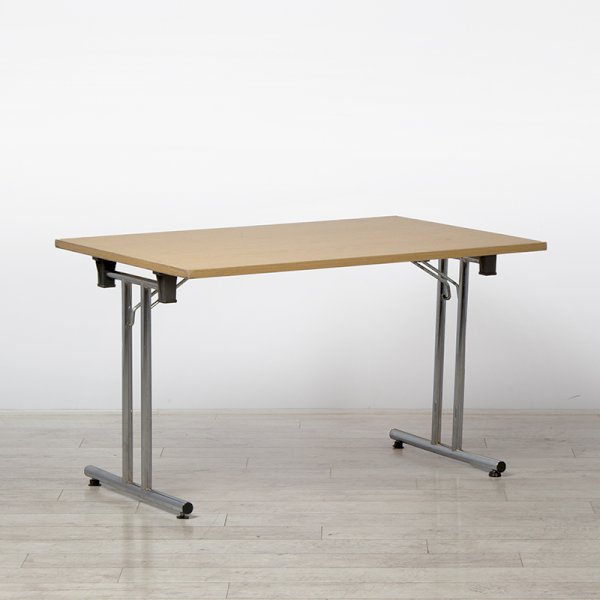 Our 1200mm folding table is perfect when you’d like a smaller table. It combines well to form larger tables if required, and as a standalone item, it’s premium finish and functionality make it an asset to many locations and events, such as conferences, meetings, lectures, offices and receptions - to name but a few.

Thousands of years of table design has really paid off because we know what works and how to get our customers the best 1200mm modular folding tables for their needs! This product line is very stylish, but it offers much more than good looks. It’s very robust and has a folding leg mechanism resulting in a table that’s super simple to install, stack and store.

Believe it or not, tables are one item that we’ve never seemed to live without. Even when all that was available was stone, the human race turned them into tables. In fact, we’ve been using them for such a long length of time, historians aren’t even sure when they were created. But some rare examples that are very old show us that they’ve been in use for thousands and thousands of years. This and ancient paintings and artworks also reveal that we’ve had tables in our homes for a very long time indeed.

It’s reported that the Ancient Egyptians honed tables from stone, turning them into objects where we could rest food or other items. The motivation was to keep these things off the floor and probably avoid contamination - much like why we use tables in the present day! In other parts of the world, like Greece and Rome, tables were made from marble and metals, while a Chinese chair made from roots suggests the immediate environment was used to create some furniture in this part of the world.

Versatile from day one

Part of the reason tables are so ingrained in our history, is because they can be made to suit so many different purposes. In the Middle Ages trestle tables began appearing, followed by lots of other varieties of the product that were created to meet a specific demand - such as work tables and others that were used for unwinding, like billiard and chess tables. As woodworking techniques and tools became more innovative, then tables became very decorative, with desks becoming an evolution of them.

All the best qualities - one table!

Just like in the old days, when there’s a specific need for a table, one is invented! This applies to the present day and our 1200mm modular folding table hire range. A single glance reveals it has all that contemporary charm expected of a 21st Century product - and this is no coincidence, as we’ve had our modular tables especially made for our customers. We chose the light oak finish as it is chic and professional too, meaning it’s great when you want to make a smart impression in offices, meeting rooms, receptions, exhibitions and any other location/event.

Folding tables… why this is such a top feature

The chrome legs are equally modern looking, and what’s more, they fold flat in seconds. This is a very crucial element of 21st Century tabling, because space and time is often in short supply in London. When you choose our 1200mm modular folding table for hire, then you’re selecting a table that can be easily reduced in size, and stored or set up very easily. We also have 1800mm and D-End tables available with the same finish.

Should I use trestle tables or modular tables for my conference?

This depends on the look you’re trying to achieve with your hire furniture. Our trestle tables are great when you’d like a covered surface for your event, and we have both black and white tablecloths available. Our modular tables have a very premium finish thanks to the 25mm melamine material used for the top - which is a great platform for products and other items.

Are they robust enough for daily use in schools?

Yes. Our tables are very hardy thanks to the stain and heat resistant melamine surface.

Tips To Make The Most Of Furniture Hire

If you’ve hired furniture from us before you already know how renting can save you money and offer you peace of mind, now we have more tips if… 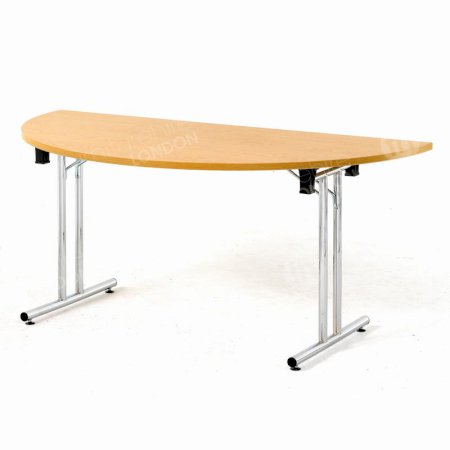 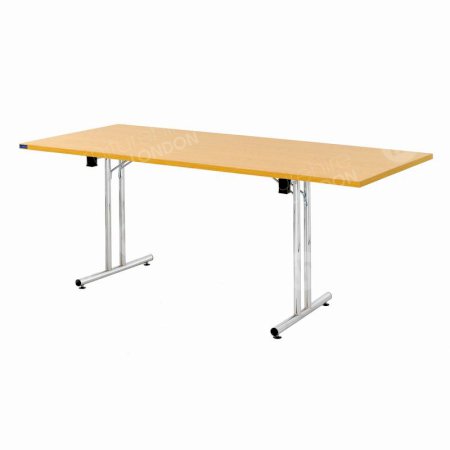